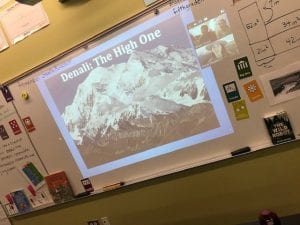 Today in 5th grade we did a Skype with a National Park Ranger! She was from Denali, Alaska. Julie taught us that Denali is the tallest mountain in North America. She also taught us that Denali was made by cooled lava, which turns into granite, and pushes up increasing the elevation! She also told us there are a lot of Dall Sheep on the mountain and about 300 bears around the park. They also have caribou and wolves too! The mountains can also be hiked during the day. I really liked our Skype to Alaska and learned a lot too! 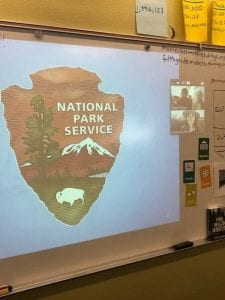 This week we Skyped with a park ranger and learned all about Denali National Park. We learned  that Denali is a tall, snowy mountain in Alaska and the name means “The High One.” We learned about the base at the mountain, the peak, and the relief. Also, there are different ways to measure mountains and some consider Mt. Everest to be taller than Denali. We also met a geologist that was climbing Denali and made it to the top! We learned about the cone in the mountain and how it heats up and makes the mountain grow. That was what we learned on our Skype with a park ranger.

By Jada, Anastasia, and Michella 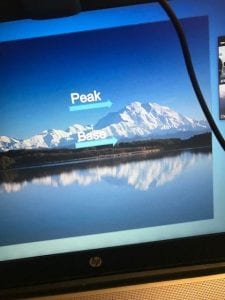 Today we had a Skype with a park ranger in Denali, Alaska. So, what did we learn from Julie? She told us that the bottom of the mountain is called the base and in between the base and the peak is called the relief. We also talked about the tectonic plates and that when they crash, some layers go over the other layers and form mountains such as Denali. Denali is 29,316 feet high and part of the Alaska Mountain Range. 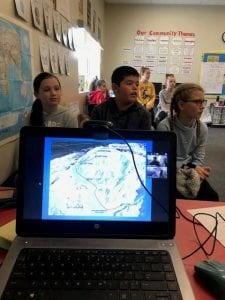 Today we had a Skype with Julie from Alaska. Our Skype was fantastic! She talked a little about her experience and also got to talk about Sue in Alaska. She was amazing and she had so many great facts. Here are some facts we learned about Denali, Alaska, and Denali National Park. One of the things we learned about Alaska was that Alaska is 1/5 the size of all the other states in the lower 48. We also learned Denali National Park is 6 million acres. The bottom of the mountain is called the base and the top is called the peak. This was an overall great experience for learning.

By Kyra, Reese, and Rayann