Hello, my name is Brightlie and today I decided to go on a walk with my sister. While we were walking, we saw a rabbit. So, she decided to chase it, but then she shouted, “Its gone!” I said, “It probably just ran to fast for you to catch up to it” But then I looked up at her and I saw that there was only a wall there. So, the only way it could have gone was backwards. Then I heard my sister say something else, “but where did it go?” She shouted. Then suddenly, she had disappeared. 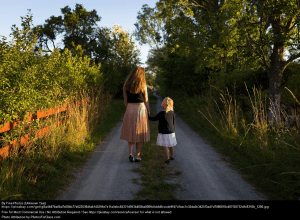