Written by Katelyn for the 100 word challenge

Kat was sitting under a tree in a peaceful forest. Then all the sudden, she heard a voice. Kat looked over at a tree and saw a group of birds. The orange one spoke first, “I’m really, really hungry can I have food?” Kat was startled to hear a bird talking. Then a blue bird said, “Kat!” The birds sounded familiar and they both had the same voice. Then all the birds shouted, “Kat!”  Oh no, the birds know my name! Kat thought. All the birds swirled around her. “Kat, wake up!!!” shouted a distant voice. Then, Kat opened her eyes and looked around. She was in her bedroom. “Kat, you’re awake!” said Milo (Kat’s brother) “I’ve been trying to tell you that I’m hungry,” “now get me a snack!” 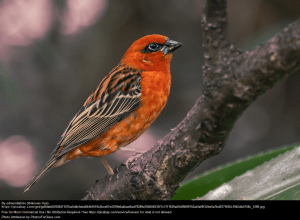