Written by Brynlee for the 100 word challenge

My name is Magnificent. Or at least that is what the chief called me when I was first baked. “You are made up of sugar and sugar,” Amazing said, interrupting my thoughts about my name. “You will be eaten someday. You know that right?” We have been talking about this for a while. I still didn’t like the thought of being eaten. “Yes, I know,” I replied, “but let’s ask the Rainbow One’s.” Amazing and I went to the freezer, which is where the Rainbow One’s were. I asked the cakes if I would ever be eaten, and the orange one spoke first. He said, “Of course you will be eaten. You just need…” Then, the freezer opened and the chief pick me up and said, “You would taste magnificent!” “Nooooooooooooooooooooo!”  🍰 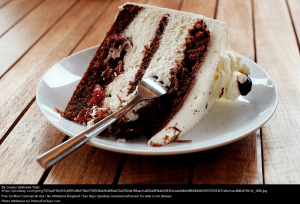