Written by Maddox for the 100 word challenge

When I was on a walk, I saw a sign saying 29. But there was no fence, or part of a fence. I tried to investigate I saw the fence all the way over in the bushes. I wondered  why is the fence in the bushes , I thought. I kept walking until I saw two people flying. One guy was wearing I dark suit, he or she was fighting a person in a blue suit. As I watched, I thought why am I staying here? When I saw him throw blue suit guy to the ground, he yelled out “No one tries to fight me, Blu..” He looked in my way, I ran, but it was too late. 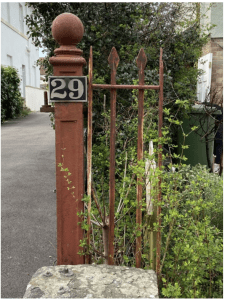