Written by Jaylen for the 100 word challenge

His watch read February 29, 3:45pm, 2044. As soon as he came out of the gate 29, he went straight to his house to see if anyone was there to tell him what happened. As soon as he went there the first room, he checked was his parents’ room. When he went there, he found that no one was there! Suddenly, darkness enveloped the room. When he realized that nothing was even there, not a single trace of where his family went to was there!!! That day had been the saddest day of his life as his parents abandoned him, or so he thought. 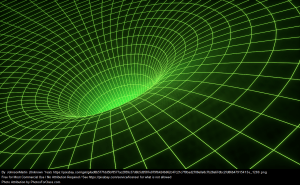