Written by Kaylee for the 100 word challenge

Ah, Mr. Balloon let go by the child never knowing when he will stop going up, up, up and never knowing if he will go down and see the FRIGHTENING BROWN ground. All he can do is think about his childhood, his beloved owner had been kicked by his mom, but Mr. Balloon never new why. Sometimes he makes pit stops at places like Heaven, Mars, and Jupiter, but first he makes sure he puts safety gear on. Next time on Mr. Balloon he will be visiting Saturn. Make sure stay tuned for new adventures with Mr. Balloon.  “CUT!”

Written by CC for the 100 word challenge

“Yes! Here it is! Finally!” she pulled out a brown box with a sword. “My name is Mariam by the way,” she said. “I’ll call you Yammy,” I replied. “What? Why?” she asked. Before I could answer, the giant demon crashed into the roof. “Frightening,” said Max with a blank expression. Derek kicked the demon lightly, making him even more mad. “Never do that again!” said Yammy. “Sorry, Jeez…”  We knew swords wouldn’t work on an 18-foot-tall monster, so we looked around. A sad deflated balloon sat in the corner of the room. “What will we ever do with this?

Written by Danny for the 100 word challenge

Billy Bob went back to his brown house that night when he disappeared. Billy Bob never got visited from any people. And Billy Bob always got upset because he was lonely. He even kicked the walls for how mad he was.  It was always frightening for him because he lived in a huge forest all alone. Then the next night he went back to the spot where the people were camping. The little girl was looking at the stars again. Billy Bob had a red balloon with him. He hung it on a tree and waiting for the girl to spot it. 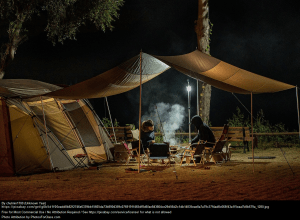 Written by Brynlee for the 100 word challenge

Hello, my name is Pixie. Today, my owner was super excited and had a big cake with wax sticks that had fire on them. There were lots of other hoomans (humans), and it was noisy. After a while, they were all kicking balloons, but the balloons never popped! Oh, never mind one did pop. Then another and another! The popping was so loud! Didn’t they hear how loud it was? It was louder than my brown squeaky toy Gregermy (Grr-egg-er-me)! “Can you stop? You’re frighting me!” I barked. Finally, they stopped, and they all ran over to me and pet me like crazy! BEST. DAY. EVER! 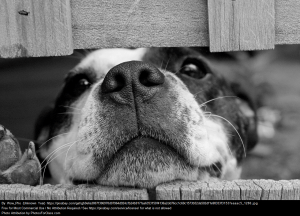 Written by Katelyn for the 100 word challenge

Koa nestled between a few rocks to meet her little sister, Olu, at the cave entrance. “Are you sure we should do this?” Olu said “What if Mama and Papa get worried,” “It’s okay, I have your back!” Koa said with bravery, Olu didn’t answer, but she still looked scared. “Come on it will be fun!” Koa encouraged “I’ll lead the way.” The two girls both headed into the frightening, pitch black cave. “I’m still worried” Olu said too Koa “This cave is forbidden, Mama and Papa will never trust us again!” “We’ll be fine” Koa insisted. Then, they saw a dark brown treasure chest. When Koa tried to open it, it popped like a balloon. “Wait, the treasure chest is a fake?” Koa shouted, before Olu could answer, the cave collapsed around them. “It’s not just a fake,” Olu said “It’s a trap!” Koa kicked the rocks in disappointment. 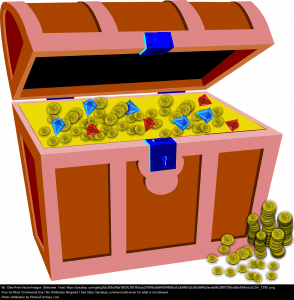 Written by Asia for the 100 word challenge

“So, you saw him to?” I spoke. Ya, my neighbor Stacy said. Then this kid just reappears! I told you got to BED. Then he pulls a brown balloon out of now were. He puts it in his mouth and BOOM pops it. My neighbor lets out the most shrilling scream. “Do you have a fear of balloons?” I spoke. Yes, there frightening Stacy said. Then he pulls out a mouse and throws it at me. Then I let out a shrilling scream, AHHHHHH! NEVER DO THAT AGAIN…. 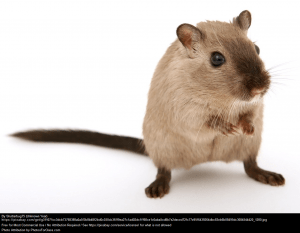 Written by Nathan for the 100 word challenge

So, when we heard the thump, we were really scared and tried to find a weapon. We ended up finding brown bat so we can defend our self.  The only one that wasn’t scared was my Dad because he was usually never scared. When our family decided to go downstairs, we saw this blue balloon and we didn’t find it that frightening but then the clown popped out and my sister kicked him right in the face.  We were all surprised that my sister kicked him and then we dashed out of the front door and ran into the woods.

Written by Mia for the 100 word challenge

One cold morning the Boston family went on a hike. After we walked for about 10 minutes, we spotted a brown bear sleeping under a tree.  “We never want to run into a bear walking toward us, it will be frightening, so please be very quiet”, my mom said. Everyone nodded instead of speaking. Brock could not hold it together so then Brock screamed, “look a balloon is in the air.” The 3 of us looked at him with an upset face. He would not stop talking so I kicked him lightly to make him stop. Then he stopped talking for the rest of the hike. 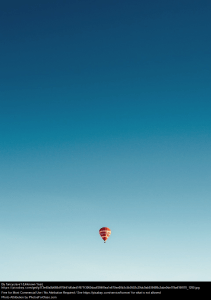