Last week, we Skyped with a microbiologist. She specializes in skin, but mostly works with the antibiotic resistant bacteria known as MRSA. Some facts about the skin are over half the bacteria in the world needs oxygen and water just like us! Also, a fact is that bacteria can share genes so other bacteria can become resistant too! A scab has two layers and your skin has three. She also told us she holds experiments on mice. Probably the grossest thing I heard was that once she injected the mice with I don’t know what, but they just started to decompose and then die. If you get a scratch, cover is quickly so it doesn’t get bacteria in it and come infected. 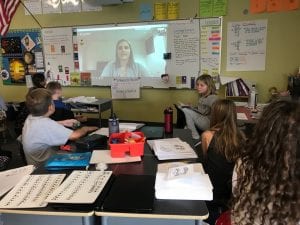 Last week we Skyped with Miranda Ridder. She is a microbiologist who studies MRSA. While Skyping, we found out some interesting facts! One of the facts we learned were that if you overuse antibiotics, they will become ineffective. This is because bacterias becomes immune to the antibiotics. The second fact was that MRSA is a superbug. A superbug is a drug-resistant bacteria. The final fact we learned was the structure of the skin with hairs, sweat glands, and blood vessels. Those are a few facts we learned. 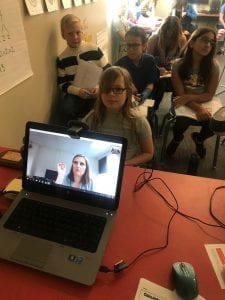 For our science Skype, we did it with an amazing skin doctor, or almost doctor. Her name is Miranda Ridder and she taught us a lot about skin. Her job is a microbiologist and she works on MRSA. She told us a lot about what she loves to do at her job. She said she does animal testing on mice. She told us they are cheaper than rats. She said it is mostly gross, but she loves to solve what is wrong and what is right! She works on dissecting animals to find the diseases or what’s causing them to act weird or sick. That Skype was fun, and I learned a lot! 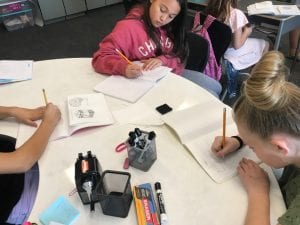 Last week we Skyped with Miranda Ridder who is a microbiologist. She studies skin and specifically MRSA. We learned many things about the skin and bacteria and some viruses like the flu. Before the Skype, we watched a video that helped explain about MRSA. Things that were new to me were a microbiologist, and that some people can be born missing skin. This is very unfortunate. This Skype was fun and interesting. I would love to do something like this again in the future. 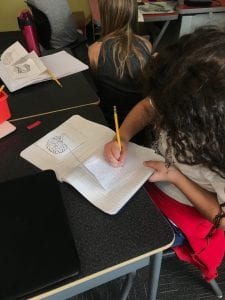 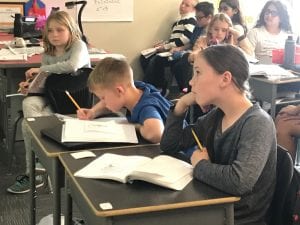